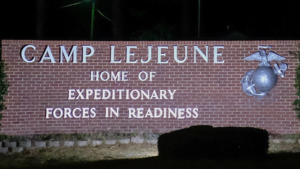 If you already receive VA medical benefits or other compensation for Camp Lejeune, you are still eligible to file a claim under the Camp Lejeune Justice Act.

Camp Lejeune is a United States Marine Corps base located in Jacksonville, North Carolina. The base was established in 1941 and has been home to marines, sailors, and their families for more than 75 years.

During the 1950s and 1960s, the base was used as a testing ground for new military equipment. As a result, the water at Camp Lejeune became contaminated with a number of dangerous chemicals, including trichloroethylene (TCE), perchloroethylene (PCE), benzene, and vinyl chloride.

These chemicals are known to cause cancer, leukemia, kidney disease, and other serious illnesses.

The United States government has acknowledged that the water at Camp Lejeune was contaminated with a number of dangerous chemicals for more than three decades. As many as one million marines, sailors, their families, and civilian employees may have been exposed to these toxins during this time period.

The U.S. Marine Corps discovered dangerous chemicals in the drinking water at Camp Lejeune during an inspection in 1982.

However, according to the Agency for Toxic Substances and Disease Registry (ATSDR), the contamination began in 1953 and continued to expose base workers, service members, and their families until 1987. The most contaminated wells were decommissioned in February 1985.

Some of the harmful toxins that were found in the drinking water included:

PCE is categorized as a chemical that is probably carcinogenic, while Benzene, TCE, and VC are all recognized as being agents that cause cancer. It has been shown that being exposed to these chemicals can raise the likelihood of developing birth abnormalities as well as other health issues.

You may be eligible to file a Camp Lejeune water contamination lawsuit if:

Our attorneys have experience handling these types of cases and can help you navigate the legal process. Contact us today for a free consultation.

What Caused the Water Contamination at Camp Lejeune?

The water contamination at Camp Lejeune occurred over many years and was the result of a number of factors.

The primary cause was the use of two unregulated chemicals, trichloroethene (TCE) and perchloroethylene (PCE), in the base’s water supply. These chemicals were used in dry cleaning operations and were known to be carcinogens.

In addition, the water at Camp Lejeune was not treated with a filtration system that could have removed the chemicals. The water was also not tested for contamination until well after the fact. As a result, many marines and their families were exposed to the contaminated water for years before anything was done about it.

There are many potential causes of the water contamination at Camp Lejeune. The exact cause of the contamination is still being investigated, and it may never be possible to determine conclusively what caused it. However, the most likely explanation is that a combination of these factors contributed to the problem.

What Are the Deadlines for Filing a Camp Lejeune Lawsuit?

The statute of limitations for filing a Camp Lejeune lawsuit has been extended by the “Camp Lejeune Justice Act of 2022.”  It is important for you to contact our office as soon as possible to allow us sufficient time to obtain all the evidence to substantiate your claim before the new deadline. Additionally, the sooner you submit your claim  the sooner we can resolve your claim.

What Compensation Can I Receive in a Camp Lejeune Lawsuit?

If you are successful in your Camp Lejeune lawsuit, you may be entitled to damages for your medical expenses, lost wages, pain and suffering, and other losses.  And, even if you don’t have any symptoms yet, you may be entitled to damages such as future costs of heightened medical screening.  Our attorneys will work to get you the compensation you deserve.

The attorneys at our firm have experience handling these types of lawsuits.   We will work hard to navigate the legal process for you to get you the best result possible.

We offer a free, no-obligation consultation, and we do not charge you anything unless you receive compensation.