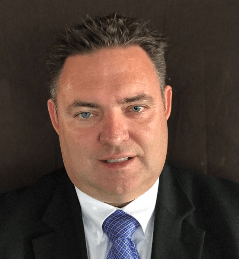 Mr. Handy served in the United States Army from 1989 to 1992, serving in the Middle East during Desert Shield and Desert Storm where he was an MLRS crewmember in a combat arms unit assigned to the 18th Airborne Corp. There he received the Army Achievement Medal, National Defense Medal, Kuwait Liberation Medal, and South West Asia Campaign Medal with two Bronze Stars and other commendations for his participation in 48 live-fire missions during combat operations. Mr. Handy’s battalion was the first to fire rockets into Kuwait during the war. After an honorable discharge, Mr. Handy served in the Army Reserves.

Mr. Handy also clerked for the Ninth Circuit Court of Appeals (the Honorable David R. Thompson) and taught appellate advocacy as an adjunct professor at California Western School of Law. He did an internship with the San Diego Public Defender’s Office and the United States Attorney’s Office before deciding that he wanted to focus on civil litigation. As the father of a daughter who has Microcephaly and Cerebral Palsy and an uncle to a nephew who is an amputee, Mr. Handy has deep and personal feelings about disability rights.

Mr. Handy has prosecuted over 30 trials, been appellate counsel on over 60 cases, and argued appeared in front of the Ninth Circuit, California Courts of Appeal and the California Supreme Court, collectively on more than 40 occasions. He routinely teaches and lectures on ADA disability rights issues to attorneys seeking CLE credit.

He was awarded the California Lawyer Magazine’s Attorney of the Year (CLAY) award for 2010 for his civil rights work and, in 2011, the San Diego Daily Transcript named him one of San Diego’s “Top Attorneys 2011.” Mr. Handy is also a former Certified Contract Advisor to the NFL Players Association.

We use cookies to ensure that we give you the best experience on our website. If you continue to use this site we will assume that you are happy with it.Ok